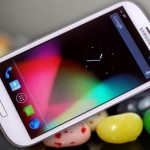 The port was done by XDA Elite Recognized Developer myn, who’s known for the popular myn’s Warm ROM. It is not perfect and there are some issues, but the process to get those issues fixed is currently underway. For now, the only major issue is that the screen orientation has been reported as upside down. Additionally, SMS and MMS were borked in early versions, but those have been fixed with an optional SMS patch.

Aside from the little obstacles, users have reported the ROM working very well, so anyone looking to give this a shot is free to do so without worry. Given that the international version and the T-Mobile version both have leaks now, it’s only a matter of time before Sprint’s leaks start falling through the cracks. For more info, check out the original thread.