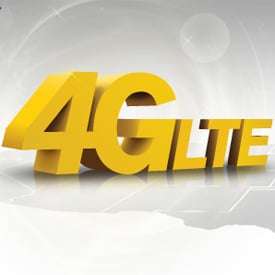 Are you on Sprint? Do you have an LTE device? Good news, then… for some. Sprint has announced plans to turn on LTE on July 15th for the following areas:

To add on to this, 3G speeds will also be improved, via Sprint’s Network Vision program.

If you’re in the dark on this rollout, don’t worry – Sprint will be switching on LTE for more markets later in the year. Let us know what you think in the comments, and hit the break for the full press release.

Sprint to Unleash the Speed and Power of 4G LTE in Atlanta, Dallas, Houston, Kansas City and San Antonio on July 15

To better meet the growing voice and data demands of wireless customers, Sprint is building an all-new, nationwide 3G and 4G LTE network through the Network Vision program. This means that whether a Sprint customer is using a smartphone to share a picture or to check the Web, Sprint 4G LTE will make it faster. Coupling the speed of 4G LTE with the industry’s only truly unlimited data plan for smartphones makes Sprint the best choice in wireless.* Additionally, the new network provides significant enhancements to Sprint 3G service. Customers will experience better signal strength, fewer dropped/blocked calls, faster data speeds, expanded coverage and better overall performance as the improvements roll out across the country.

“The performance of both the 4G LTE and improved 3G networks are exceeding our expectations and we are pleased with the progress of the entire Network Vision program,” said Hesse.

With the launch on July 15, Sprint will have debuted 4G LTE to millions of people in five major metropolitan areas with more market launches in 2012 to be announced later this year. By the end of 2013, Sprint expects to have largely completed the build out of its all-new 4G LTE nationwide network – with an enhanced 3G network – covering 250 million people across the United States.

In today’s competitive wireless market, the value of unlimited has never been more apparent. Sprint’s Everything Data plan with Any Mobile, AnytimeSM includes unlimited data, texting and calling to and from any mobile phone in America while on the Sprint network, starting at just .99 per month for smartphones.

Over the past several years, Sprint has been working hard to deliver the best customer experience. Recently, the American Customer Satisfaction Index ranked Sprint No. 1 among all national carriers and most improved in customer satisfaction, across all 47 industries, over the last four years. Building an all-new network is the linchpin to make Sprint the company customers want to do business with.

The launch of these metropolitan areas demonstrates the continued commitment by Sprint to invest in its network through Network Vision. For the most up-to-date details on Sprint’s 4G LTE portfolio and rollout, please visit www.sprint.com/4GLTE.

Sprint Nextel offers a comprehensive range of wireless and wireline communications services bringing the freedom of mobility to consumers, businesses and government users. Sprint Nextel served more than 56 million customers at the end of the first quarter of 2012 and is widely recognized for developing, engineering and deploying innovative technologies, including the first wireless 4G service from a national carrier in the United States; offering industry-leading mobile data services, leading prepaid brands including Virgin Mobile USA, Boost Mobile, and Assurance Wireless; instant national and international push-to-talk capabilities; and a global Tier 1 Internet backbone. The American Customer Satisfaction Index rated Sprint No. 1 among all national carriers and most improved in customer satisfaction across all industries during the last four years. Newsweek ranked Sprint No. 3 in its 2011 Green Rankings, listing it as one of the nation’s greenest companies, the highest of any telecommunications company. You can learn more and visit Sprint at www.sprint.comor www.facebook.com/sprint and www.twitter.com/sprint.

*Sprint is the only national carrier with no throttling, metering or overages, all while on the Sprint network. Sprint customers can enjoy an unlimited data experience with Sprint Everything Data plans. See sprint.com/unlimited for details.

Listen to our newest podcast and download the official app.

Gree to shutter OpenFeint in December as developers consider alternatives