Sony Mobile Communications is preparing yet another Xperia smartphone and they posted a countdown to prove that. The countdown shows that this month we’ll get a fresh unveiling. They already had a lot of announcements this year, starting with the Xperia S, Xperia Ion, Xperia P and U, Xperia Sola, GX, SX, acro S and more! What’s coming now?! 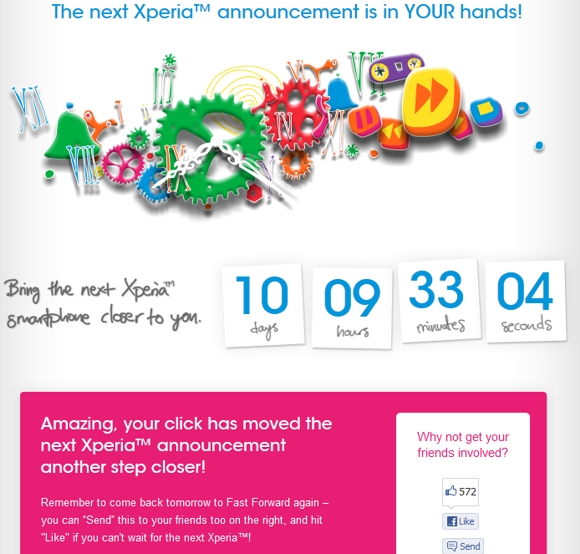 Sony delivered great displays, great cameras, but their big problem is breaking apart from the cliche design that they keep applying on phones this year and also scoring a more potent CPU. Anyway, as shown in the image above, we’ll get a cool official announcement around the end of June. The initial debut was set for June 22, but the Sony Facebook page seems to point towards June 21st. We have absolutely no details about this model, but there are two theories that come to mind.

One of them regards that mystery Hayabusa unit that has been leaked a lot over the past months and it’s supposed to be the highest end Sony model so far. Also, people seem to demand an Xperia Play 2 or something close to it. Sony has pissed off a lot of people by not offering Android 4.0 on the Xperia Play, so launching a more modern console-phone would be a great way to make it up. Also, a brand new high end Walkman model would kick ass… We’ll see!