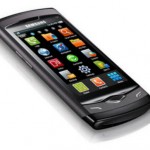 In 2010, things were looking up for Samsung. Riding the success of their Galaxy S series of Android phones and having produced record numbers of electronics components, the hardware giant must have felt nearly invincible when they released the Samsung Wave S8500—the flagship device for their new Bada platform. The much touted device featured hardware on par with the highest end of Android smartphones at the time. However, it floundered. Even Samsung’s .7 million competition was not enough to breath life into the fledgling OS. After several phone releases and nothing but heartache, Samsung decided to dump their proprietary platform and merge it with Intel’s Tizen project.

The failed development of Bada has left a hole in the hearts of many of the owners who still have decent hardware, but no OEM support for the software running on it. Back in 2011, we here on Portal even mentioned the initial attempts to port Android to the Wave S8500. Development fizzled though, and it was only until recently when XDA Recognized Developer (and all around genius) mikegapinski decided he was going to revive the Android port program by not just porting Android, but it’s latest iteration: Ice Cream Sandwich.

And so on June 23, 2012 he announced the first publicly available port of Ice Cream Sandwich for the Samsung Wave S8500, and his intentions to port ICS to the S8530 as well. So head over to the original thread and give your Wave some much needed love.

Demolish Your Enemies with Tanktastic