Mozilla has big plans for the future, that not only include the evolution of Firefox, but also the Boot2Gecko (B2G) OS. This operating system will be built on Web technologies and it will run on top of Gecko, the HTML rendering engine used in Firefox. B2G is advanced quickly and now we even have some cute screenshots to check out. 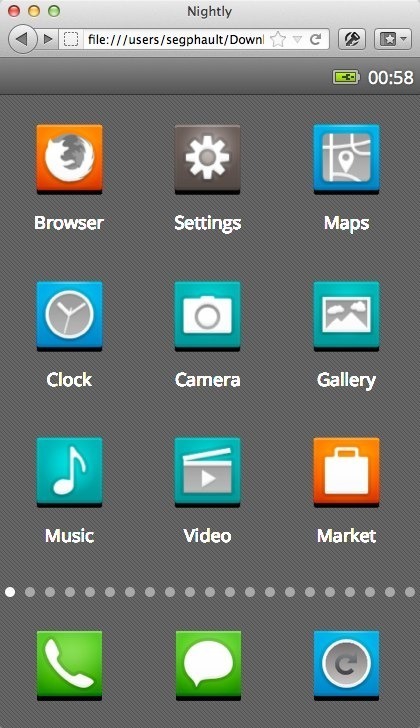 Mozilla’s Brendan Eich mentioned on Twitter that the B2G project already has a bunch of partners around it, including one that’s developing a custom Home screen. Hardware vendors were also mentioned. If we’re to follow Mozilla’s roadmap, B2G should spawn an OS in product stage by Q2 2012. HTML and JavaScript will be used to create the UI and application stack, so that’s why the project is advancing so fast, considering web technologies are famous for the rapid work they cut out for developers.

B2G consists of three main layers: we have the bottom layer, aka Gonk, that includes a Linux kernel, the hardware abstraction layer, a telephony stack and some low level system components. The middle layer is the Gecko rendering engine, that gets new APIs to expose device functions, while the top layer is Gaia, the UI, built with HTML and JavaScript. Right now the OS is rudimentary, as shown in these images, but it has a great potential of evolution, provided that it doesn’t eat as much RAM as Firefox does. 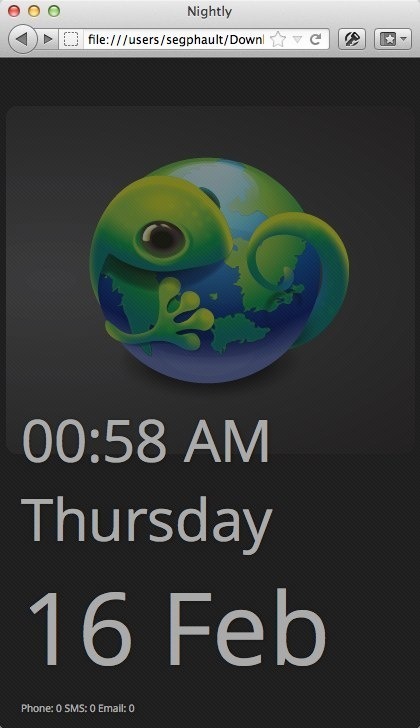 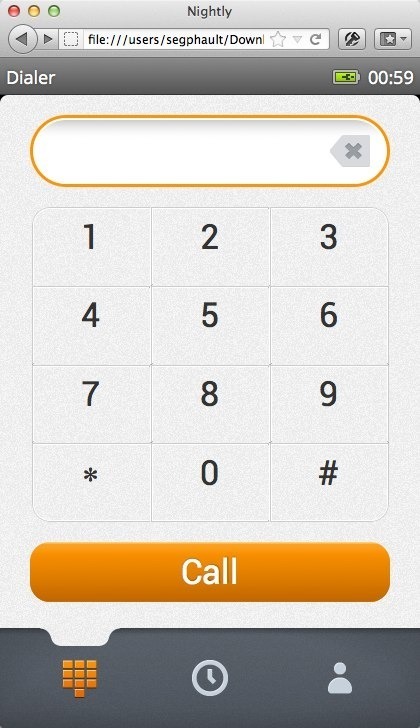