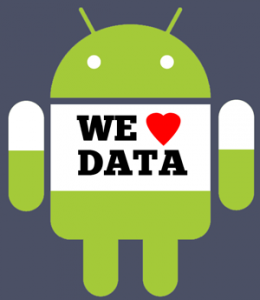 A new set of studies conducted by Arieso reveals that Android users love to consume data.  According to their findings, phones running Android tend to have more data call volumes, time connected to the network, and data volume  uploaded and downloaded than iPhone counterparts. It’s not all downloading and streaming either, as Samsung Galaxy users upload roughly 126% more data than iPhone3G users.  One other detail in the report, which I can attest to personally, is that today’s smart phone users are  using their devices for data consumption more than making calls.  Arieso‘s findings are part of a white paper called “Emerging Smartphone Trends: The Next Wave in the Data Tsunami” which available upon request.

You May Also Enjoy…

Nokia Continues to Say ‘No’ to Android